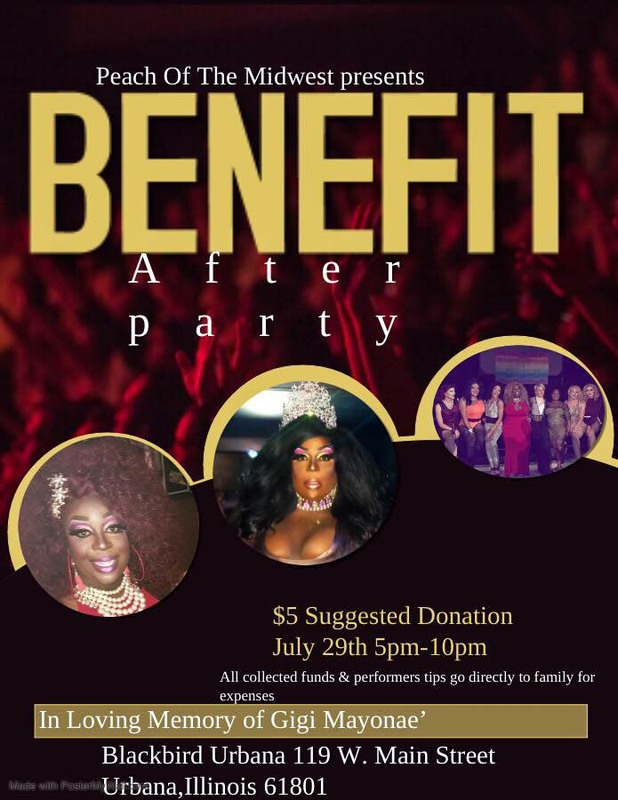 Poster for memorial benefit for Gigi Mayonae and her family. Gigi had passed after having been hit by a drunk driver in Chicago. The show was hosted by Peach of the Midwest at Blackbird in Urbana, IL. This was after C-Street had closed and Peach was trying to find other venues to host drag shows. Multiple local drag performers were involved, all people who had been close to Gigi.